Montreal, November 25th, 2010 – As part of the “International Day for the Elimination of Violence against Women”, Clitoraid invites the public to a silent march to be held Sunday, Nov. 28th in Montreal, Quebec, Ottawa, Vancouver and Toronto. (* see details below).

The United Nations General Assembly, in 1999, designated November 25th the “International Day for the Elimination of Violence against Women” (http://www.un.org/depts/dhl/violence) and invited governments, international organizations and non-governmental organizations to organize activities on that day designed to raise public awareness of the problem.

Unfortunately, in the list of acts of violence against women, female genital mutilation (FGM or “cutting”) appears as the most common.

The World Health Organization estimates that worldwide, 100 to 150 million girls and women have undergone female genital mutilation. Each year 2 million more girls are likely to suffer the same fate. Most of them live in 28 African countries, a smaller number in the Middle East and Asian countries. But there are more and more in Europe, Canada, Australia, New Zealand and the United States of America.

In May 2006, in response to those stunning statistics, RAEL, the spiritual leader of the Raelian Movement, founded CLITORAID (www.clitoraid.org) a private non-profit organization whose objective is to raise public awareness of this terrible reality. Clitoraid’s main purpose is to raise funds to help African women, with very limited financial means, undergo surgery towards the reconstruction of their clitoris. This technique, which was scientifically validated by a French surgeon, currently allows women of all ages who have suffered “cutting”, to regain clitoral pleasure and to feel whole again. 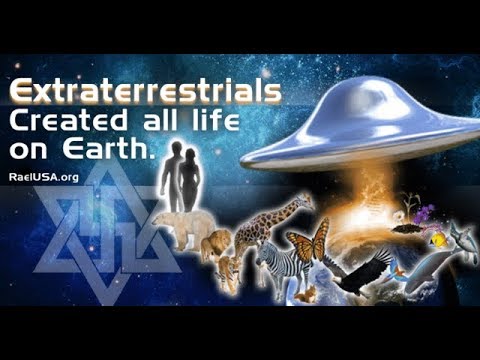 During his extraterrestrial encounters, Raël received a series of messages that touch on all aspects of human life. Whether your interest lies in ancient history, modern science, UFOs, religious scriptures or even sci-fi, you'll gain new perspective from taking the time to read them. This video summarizes some of the main points conveyed to Raël. * [...]
Read More 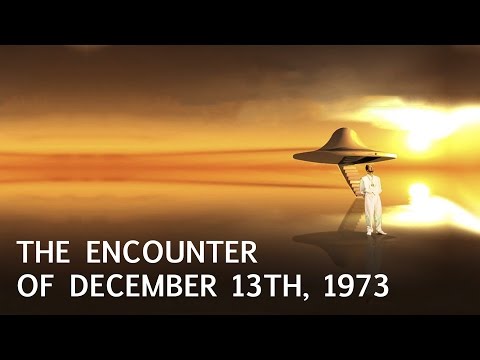 At the age of 27, Claude Vorilhon (now known as "Rael") was living his passion as a race-car driver and journalist. That was to change on December 13, 1973, when, on his way to work, he had the UFO encounter that transformed his life forever. From that day forward, he has toured the world recounting [...]
Read More

MONTREAL, April 2, 2010 – Every day, not for weeks but for years, we learn that priests and bishops have either committed these heinous acts and criminals, or have chosen to protect their colleagues by sending them to another parish, leaving them free to commit new crimes. The Raelian Movement of Canada encourages all victims of pedophilia committed by Catholic priests to no longer wait and file a complaint against them and against the Catholic Church.

This code of silence and this protection of criminals involves all level of power within the Catholic Church. Indeed, last week, The New York Time reported that the Pope himself turned a blind eye on sexual abuse committed by some priests. Benedict XVI has also been heavily criticized for refusing to sanction an American priest accused of sexual assault on 200 deaf children.

MONTREAL, Oct. 20, 2009 – Sexual scandals are multiplying to the point of becoming an epidemic within the Roman Catholic Church. Recently, it was Catholic Bishop Raymond Lahey, from Antigonish, Nova Scotia, who was accused of possessing and importing child pornography.

For several decades, Quebec raelians have been encouraging the population to apostatize from this religion which does not respect the very foundation of why every human being was created, which is to blossom while enjoying all their senses ; of course while always respecting everyone’s freedom, as it is taught in the raelian philosophy.

“The case of Bishop Lahey, 69, who was formally accused last September 25th is therefore not isolated; as we have long been proclaiming…” stated Marc Rivard, Bishop and President of the Canadian Raelian Movement “…but an obvious tendency towards paedophilia developed by members of the Roman Catholic clergy who are deprived of sexual pleasure, something every human being naturally aspires to.”

Marc Rivard added “The Raelian philosophy not only advocates sexual freedom, which naturally protects our members from these mental deviances, but is also in favour of the use of sexual robots ; as Rael describes them in his book ‘Intelligent Design’, written in 1975, and as today’s scientists are now suggesting.”

MONTREAL, Oct. 6, 2009 /CNW Telbec/ – Mr Jean-Francois Bergeron, laid off from his work by the company Transformateurs Delta, in Granby, since January 26, 2009, because he was wearing a t-shirt printed with the words “God does not exists – www.rael.org”, will return to work. Mtre Richard Marcheterre, arbitrator for the Commission des normes du travail, judged that the company dressing code was contravening the Chart. On top of getting back his job, Mr Bergeron will receive full compensation for his salary loss and he will be permitted to wear Raelian clothing.

This decision will doubtlessly mark a case law in the cause that will soon be heard regarding the Raelians that were evicted from Université du Québec à Trois-Rivières (UQTR) during a funds raising campaign to help African woman victims of excision, and this on the sole reason of their religious allegiance.

MONTREAL – October 6th, 2009 – The Raelian Movement and its leader Maitreya Rael, applaud the Canadian government, which is in the process of adopting a law allowing army deserters, from the US or elsewhere, to reside in Canada.

When he learned of the news, Maitreya Rael commented: “It is a wonderful decision that supports the right of non-violent individuals to refuse to be soldiers and their right to live for peace and non-violence. This makes Canada an example for the rest of the world. All other countries should do the same!”

The Raelian Movement, which is deeply pacific and teaches absolute non-violence, has since the beginning been following the case of American deserters who have refused to serve in the Iraq war. This time last year, the Council of Canadian Bishops asked the Canadian government and Prime Minister Stephen Harper to intervene and stop the deportation of 200 ex American soldiers who took refuge on Canadian soil.

TORONTO, June 26, 2009 – Members of the International Raelian Movement taking part in Sunday’s Toronto Gay Pride Parade will represent the only religion to affirm that homosexuality is genetically based.

“Since personal growth is one of the beautiful values of our Raelian philosophy, it’s important to free oneself from inhibitions and bias and develop an open attitude about sexuality,” said Raelian Priestess Guide and Spokesperson Diane Brisebois. “Raelians will be carrying this message during the parade.”

Brisebois said that Rael, founder and leader of the International Raelian Movement, was the first religious leader to say that sexual orientation is genetically determined.

“He is also the only spiritual leader to continuously defend sexual minorities everywhere in the world, insisting that they be respected and enjoy the same rights as the majority,” Brisebois added. “Rael strongly encourages gays, lesbians, bisexuals, transsexuals and transgenders to live their sexuality openly, since such openness is an essential part of full enlightenment.”

But Canada has a long way to go in terms of accepting sexual minorities, Brisebois said.

A truth and reconciliation commission examining what native leaders call one of the most tragic and racist chapters in Canada’s history has begun. The commission will study Canada’s decades-long policies that removed Aboriginal children from their families to force Christianity upon them. The state-funded religious schools were often the scenes of horrific physical and sexual abuse. From the 19th Century until the 1970s, more than 150,000 aboriginal children were required to attend Christian schools in an attempt to rid them of their native cultures and languages and integrate them into society…. We see here again the same despiteful technique used by Christians on every continent, Kama, Ixachitlan… So much suffering in the name of god again!

The federal government admitted 10 years ago that physical and sexual abuse in the once-mandatory schools was rampant. Many students recall being beaten for speaking their native languages, and losing touch with their parents and customs.

That legacy of abuse and isolation has been cited by leaders of native communities as the root cause of continuing epidemic rates of alcoholism and drug addiction on reservations.

The commission, which is in the early phase of its research, will spend five years travelling across the country to hear stories from former students, teachers and others involved in the so-called residential schools run by the Roman Catholic Church and various Protestant denominations.