Crop Circles in Canada and in the World

Crop circles have been a mystery for the world for a very long time.  They are a source of mystery and speculation in Canada making ordinary people and scientists alike ask themselves “Where do these come from?” and “Who are making them?” ever since the very first reported crop circle that appeared overnight in Leeshore Alberta in 1925.  There are also written reports of such crop circles outside of Canada since the 17th century, therefore this is not a new occurrence to the world. 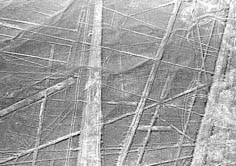 Traditional texts, pieces of art and legends of ancient civilizations around the world, contain abundant evidence of contacts between extraterrestrials and the peoples of the Earth.  Today, there are still many traces of these encounters.

On the plains of Nazca, south of Lima, Peru, a series of straight, parallel lines run across the ground for miles.  While they are very difficult to see from the ground, they look like old landing strips from the air.  Assuming that the pre- Incan cultures did not use them as landing strips, the logical conclusion is that the aircrafts of a highly advanced extraterrestrial race could have used these astounding lines.  Moreover, who could have created the incredibly intricate and enormous figures that connect to these perfectly straight lines?  And why can they only be seen from the air? 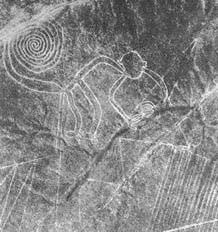 Birds, monkeys, lizards, insects, a giant spider and fish – and even what appears to be a suited astronaut figure – are meticulously drawn on the ground at a very high scale.  Moreover, not only are there no mountaintops from which to view them, but they were discovered by modern humans only after airplanes flew over the area.

Scientists say these land carvings covering an area of 60 miles date as far back as 15 centuries ago, before the formation of the Incan empire.  Charles Berlitz points out in his book, “Mysteries from the Forgotten Worlds,” that the message coming out of these prehistoric drawings “finds an echo in an ancient Peruvian legend about the goddess Orejona landing in a great ship from the skies.”  In other words, the Orejona legend could be interpreted as an extraterrestrial being landing in a spacecraft.

Also, many religious texts and paintings contain abundant references to UFOs, which have been sighted throughout history.

UFO sightings have been reported worldwide throughout history, and have also been increasing recently.  Most wind up having typical explanations, but for some there is no earthly explanation at all.  Observations of mile-long craft and smaller craft making seemingly impossible maneuvers and attaining speeds far beyond the capabilities of today’s technology have been made in both the United States and Britain by commercial and military airline pilots and other highly qualified observers.  Several of these cases have received extensive news coverage recently.  In fact, more and more former high-ranking government and military officials are coming forward to relate their experiences. 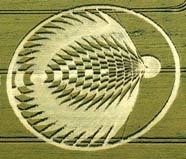 Crop circles are known as these strange, often circular shapes that are sometimes found in grain fields in the morning.  Until recently, the origin of these “agroglyphs” was a mystery, and their increasingly complex shapes challenged all mainstream scientific hypotheses.

Although eyewitness accounts can be traced back to the 14th century, it is only since the early 1980s that crop circles have started to attract public attention.  When this phenomenon was noticed and described for the first time, these surprising formations in wheat fields took the form of modest, simple circles just a few meters in diameter.

Decades later, thousands of formations have been reported throughout the world, some of them extremely complex and geometrically exact.  They represent mathematical equations, astronomical bodies and alignments, religious symbols, animals and even extraterrestrial life forms.  Moreover, most are now much larger in scale than the earlier versions, with some up to 700 meters long and the area of the largest measuring about 4,000 square meters.  They are drawn with a surgical precision that defies mainstream explanations.

Nevertheless, it is difficult to say with 100 percent certainty whether or not a crop circle is genuine.  Irregular borders with ragged edges, broken and/or uneven stalks suggest human intervention.  However, many formations are so precise, large and complex that it would seem impossible for anyone – or even several people – to create them in one night.

True crop circles, i.e., those that are not hoaxes perpetrated by pranksters, are physical signs of amazing sizes, growing complexity and carefully chosen themes.  They are elements that make us wonder who created them and how, and enough pause to reevaluate our prior conceptions of a scientific reality.  They can cause us to speculate on the nature of the universe itself and on the existence of intelligent beings that could inhabit it like we do today.

Our explanation is that crop circles are a gentle, playful and thought-provoking strategy aimed at preparing us for an official contact with an extraterrestrial civilization. These ephemeral agricultural works of art force us to speculate on the nature of their authors, whose intent is to familiarize us with the presence of external observers and psychologically prepare us for an official and peaceful contact.