On July 7, 2017, the majority of UN member countries voted in favor of an international treaty for the abolition of nuclear weapons.

As of September 20, 2017, this treaty is subject to ratification by the member states of the UN.

Let’s act together to compel the refractory nations to sign this treaty; the key to a world of peace and to the very survival of our humanity.

Let’s act now before it’s too late for our humanity!

It was with great joy that we learnt about a memorable event on July 7, 2017, a historic date when 122 UN member countries voted in favor of a treaty for the global abolition of nuclear weapons. http://icanw.org/

We were pleased to note that it was by a majority that this project of treaty, for the very preservation of our humanity, was accepted.

However, some countries, including Canada and the countries that currently possess nuclear weapons, refused to sign the treaty. Consequently, we need to mobilize massively in order to make these refractory countries sign this essential treaty for the future of our humanity.

The actual tensions between North Korea and the United States show the importance of reaching such agreement. As with past international conventions on cluster munitions (2008) and antipersonnel mines (1997), the initial opposition of the major powers cannot prevent these conventions from evolving and being implemented worldwide.

Let’s act together now, for all countries to agree in proscribing such weapons of mass destruction.

I will continue to fight for a nuclear-free Canada and for global nuclear disarmament and encourage you to continue voicing your concerns about Canada’s nuclear activities.

Join the Hibakusha Appeal for a Nuclear Ban Treaty

A plea from Hiroshima / Nagasaki survivors:

“So that the people from future generations will not have to experience hell on earth, we want to realize a world free of nuclear weapons while we are still alive.” 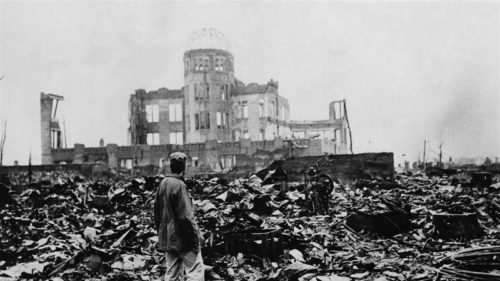 Visit the Official ICAN Website for more information about the international campaign.

CLICK HERE if you wish to know your country’s official position on the matter.

Want to stay connected to the Canadian Raelian Movement and our Actions?