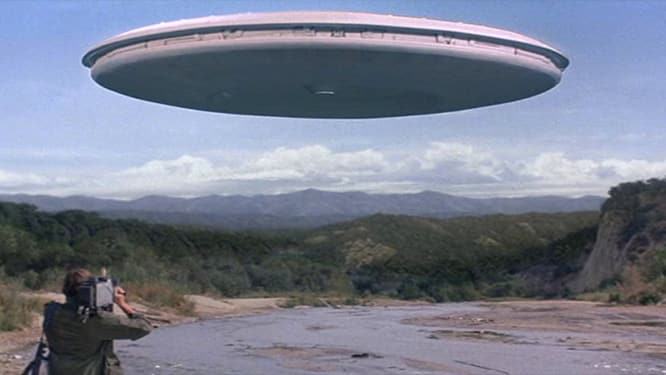 I am writing to you in reaction to your column in Le Devoir of December 29, 2021, entitled Les visiteurs (“The Visitors”). I will not hide my surprise to read you on a subject far from the political sphere; a subject far from being devoid of interest, and one that will take on a more than considerable importance in the years to come. To begin with, I think that when we are wondering about those who visit humanity, the postulates that we build from our knowledge will seem naive if we do not consider the immense technological advance and wisdom that allows these scientists to travel in space.

Indeed, the level of wisdom is what allows any humanity to reach a very high technological level. The civilizations succeeding in leaving their solar system are necessarily peaceful. A civilization that fails to control its aggressiveness, combined with the use of energies with highly destructive potential, is doomed to self-destruction long before it reaches the higher levels of its scientific development.

Since the beginning of the last century, more specifically, human science, in all fields, has developed at an exponential rate. We are currently witnessing a vertiginous rise in the curve of development of our technologies, so much so that it is now obvious to us that we will one day be able to create life on another planet. Moreover, the acute observation of the extreme complexity of life around us has relegated Darwinism to another age  https://www.lepoint.fr/debats/et-si-darwin-s-etait-trompe-12-12-2011-1406407_2.php and now invites researchers to seriously consider the idea that life on Earth is the result of a scientific creation. This solid perspective explains perfectly the fact that we have always been the object of benevolent extraterrestrial surveillance. We will soon have to admit that this very advanced civilization, which is keeping an eye on us, has created life on Earth and that, one day, we will reproduce elsewhere what has been done here.

In the Genesis of the Bible written in Hebrew, it is written “Elohim”, a plural word meaning “Those who came from the sky” and not the word “God”. On December 13, 1973, the Elohim physically made contact with a young French journalist to whom they entrusted a Message intended for all humanity, explaining the scientific origin of life on Earth www.rael.org.  The Elohim gave him the name “Rael”, which means “Messenger of the Elohim”. Maitreya Rael, who is the Last of the Prophets brought forth by the Elohim, also has for a mission to build an embassy www.embassy.org in which the Elohim wish to come and make official contact with humanity, when mankind is ready https://youtu.be/VZMYbJGvHdM.

Humanity is currently undergoing tremendous stress and the beginning of a crucial period. Our Creators hope that we will succeed in freeing ourselves from the violent systems that threaten us, disconnecting human beings from their essence and the universe of which they are a part. If so, liberating technologies will gradually be put at the service of all people and will gradually eliminate work and money paradism.org. A significant peace will be established and the Elohim will return, as foretold in the scriptures, accompanied by the great prophets who have been scientifically recreated and who live eternally on the Elohim’s planet.

Until then, the Elohim will increasingly show themselves to us in order to raise more and more questions and for a growing number of humans to make the necessary links. On these words, I thank you, Mr. Lisée, for the time you have kindly given to read my letter and I wish you the best of continuity.