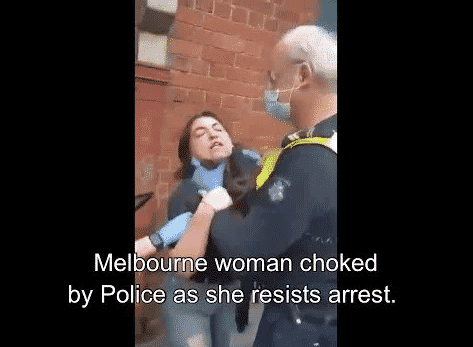 RAEL’S COMMENT: That’s for not wearing a mask even having a medical certificate proving she cannot wear one. Next is forced vaccination. Those supposed to protect citizens from criminals are abusing people. It’s time for a world revolution.

Melbourne woman claims to be choked around the neck as she resists arrest by Victoria Police. This has been a reoccurring issue throughout Victoria ever since the newly introduced law stating that face masks are compulsory in Melbourne, while in a public area. However, there are exceptions. Could this have been dealt with differently? Should she have handed over her letter of exemption to Police? Beware: some of the language in this video may be offensive to some viewers.