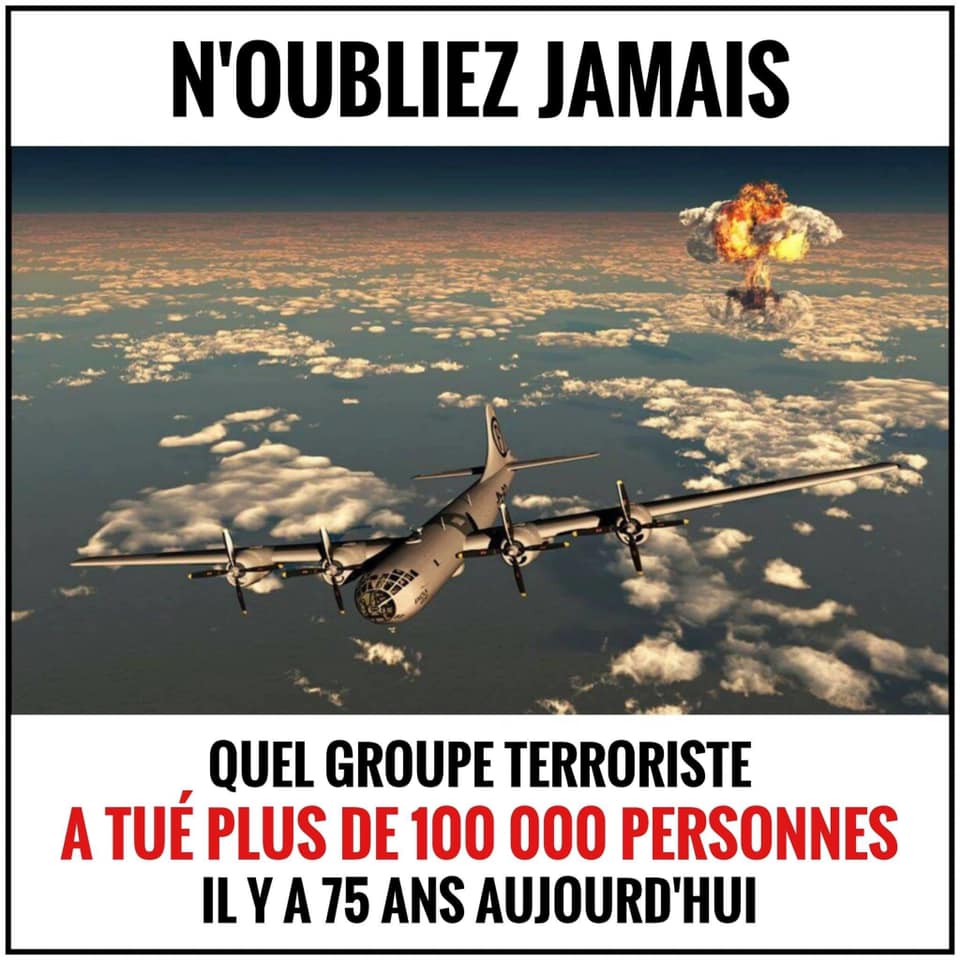 RAEL’S COMMENT: And they dare to compare it to Pearl Harbour’s Japanese attack… Pearl Harbour was a military base and all targets were military. Hiroshima and Nagasaki were cities full of civilians without any military targets.

August 6, 1945: US drops the bomb in Japan just to show his power over the Soviet Union …

What ever the hidden agenda at the time, that I am sure was another cover-up, another false flag, bottom line is: nuclear bombs, weapons is mass destruction, or any sort of weapons, are the worst threat to world peace.

That want to divide us!
They want us to live under fears

August 6, 1945: US drops the bomb in Japan just to show his power over the Soviet Union …What ever the hidden agenda…