Raelians propose an amendment to Article 3 of the Universal Declaration of Human Rights !

Geneva, December 10, 2020— December 10 will commemorate the 72nd anniversary of Human Rights Day, and on that day a delegation of Raelians will submit an official document to Elisabeth Tichy-Fisslberger—Chair of the United Nations Human Rights Council in Geneva—that includes a proposal to amend Article 3 of the Universal Declaration of Human Rights (UDHR). A copy of this document will also be sent to Michelle Bachelet—Head of the Office of the High Commissioner for Human Rights. 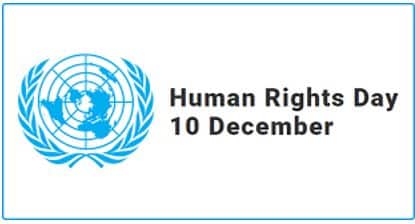 In a recent address, Rael—spiritual leader of the International Raelian Movement—expressed his outright opposition to mandatory vaccination, stating that it is unconscionable and unquestionably a breach on our individual freedom, and right to choose.

“Whether the vaccines are beneficial or not isn’t the issue,” explained Dr. Brigitte Boisselier, spokesperson of the Raelian Movement. “Raelians are in favor of all scientific advances, but they will also defend anyone’s right to refuse their use,” she added.

Raelians believe it is equally important to respect the right of those who do not wish to benefit from any scientific advancement even if this means putting their own lives on the line. They argue that this is what would be at the heart of any government-sponsored and—imposed mandatory medical treatment on its population, which would not only constitute a violation of individual rights and freedom, but also represent a human rights violation.

“The interests of the individual should always come before those of any government, and no government should be allowed to deprive any individual of their right to put their own lives at risk if they so choose,” she continued.

Details are provided in the letter that will be delivered at the UN on December 10.