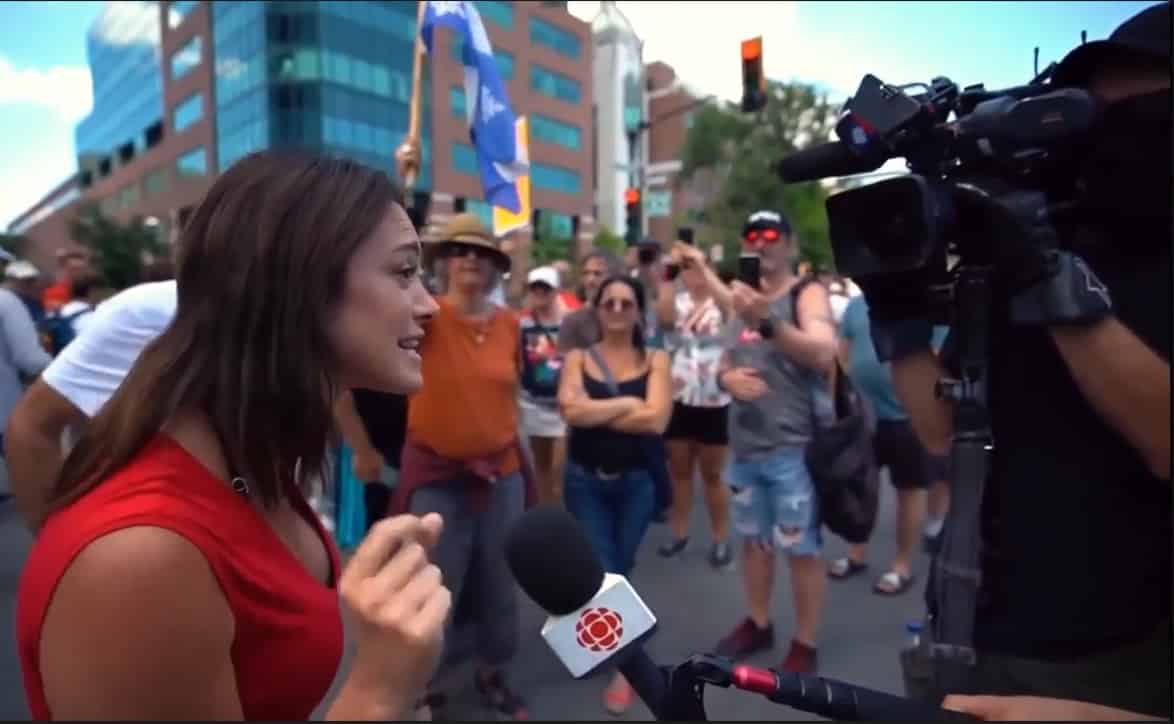 Montreal, August 18, 2020—During the peaceful march against the mandatory wearing of masks that took place in the streets of Montreal on August 8, the singer and actress Lucie Laurier made a remarkable outing. She aptly apostrophized the Radio-Canada journalist in these terms: “You should be ashamed of what you propagate as a lie. All the media do is slander!”“Journalists from Radio-Canada, TVA and other mass media networks have a long history of disseminating false, biased and partisan information,” said Nicole Bertrand, Bishop Guide in the International Raelian Movement. “The Raelians of Quebec have tasted this medicine many times and are in a good position to observe and understand the type of misinformation that is being served to the people of Quebec, she added. Journalists flout their code of ethics on a daily basis, which requires them to base their work on fundamental values such as critical thinking, methodical doubt about everything, impartiality, fairness to all citizens, independence that keeps them at a distance from the powers and pressure groups, and scrupulous respect for the facts, to name but a few!” “We are far from this type of journalism, in general, in Quebec, and Lucie Laurier was absolutely right to speak out against the dubious, to say the least, work of journalists,” concluded Nicole Bertrand.

Rael and the Raelians of Quebec and the world were touched by Lucie Laurier’s words and would like to express to her their deep and sincere support. Lucie Laurier is not only an exceptional artist, but also a human being of extraordinary sensitivity and intelligence. She has shown admirable courage in speaking out—as she has done for some time now—to vehemently highlight the unacceptable actions of the Quebec government and journalists. “It is time to stop talking to us as if we were a bunch of decerebrated people. We don’t need the government as a parent,” she said with dignity in her interview with the masked Radio-Canada journalist.

It should be remembered that in a press release issued on March 30, Rael, spiritual leader of the Raelian Movement, declared, “Governments that force us to stay at home under threat of prosecution violate the fundamental right of freedom of movement of people and ideas, guaranteed by the Universal Declaration of Human Rights. Whatever the justifications—epidemics, wars, terrorism, etc.—there is absolutely no justification for this violation of our freedom.”