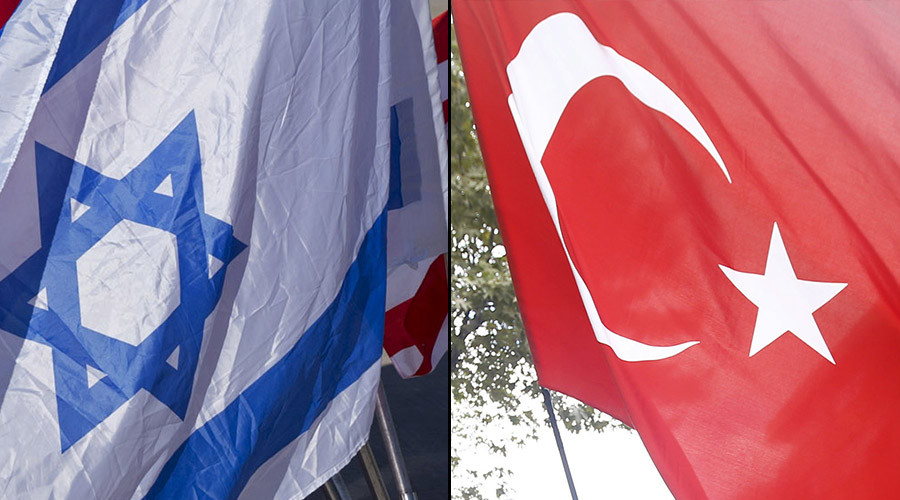 RAEL’S COMMENT: that’s a confirmation of what was revealed in Elohimleak a few weeks ago about secret agreements between Israel and Turkey in order for both of them to steal territories from Syria. The Russian intervention thankfully make it impossible.

A preliminary “understanding” to normalize relations between Ankara and Jerusalem has been reached by top-level officials, anonymous sources reported. If signed, the pact will see ambassadors returning to both countries.
The deal was reached at a meeting in Switzerland, Reuters and AFP reported citing Israeli officials who spoke on condition of anonymity on Thursday.

A senior official in Jerusalem also told Haaretz that two Israeli officials, PM Benjamin Netanyahu’s envoy in the contacts with Turkey and the current national security adviser and incoming Mossad chief, met with a Turkish diplomat in Zurich to finalize the principles of the agreement.

A senior Turkish official confirmed that the reconciliation pact had been reached, Turkish TRT World reported.

Its framework reportedly sees Israel paying $20 million in compensation to address the killing of Turkish citizens aboard a pro-Palestinian activist ship when it tried to break Israel’s blockade of the Gaza Strip in 2010. The incident in the Mediterranean led to the bad blood between the two nations.